In the beginning, Madison Photo was nothing more than a studio run by Mr. Leon Hersch after World War II. In 1947, Madison Photo was transformed into a retail photography outlet by Mr. Murray Stein and Mr. James "Jim" Abramson. The store became well known as a center for artists and shutterbugs alike. They also had a sis­ter store, the Camera Shop of Summit, in the nearby town of Summit. During the mid 1950's Mr. Stein passed away, leaving the stores in the charge of Jim and their Summit manager, Art Goldsmith. Jim proceeded to sell the Summit store to Art, and transform Madison Photo into an amateur and professional stockhouse. Jim continued to own and manage Madison Photo through the late 1960's. During this time, Jim's health began to wane, and the store's day-to-day operations were handled by Mr. John Looker and Mr. Sid Sacks.

It was at this time that Jerry Harmen, then an undergraduate at nearby Drew University, began to work at Madison Photo. At about the same time, Sid departed the store in order to pursue other aspects of photogra­phy. Jim, John, and Jerry worked for the next four years building and improving Madison Photo. Unfortunate­ly, in the fall of 1974, Jim suffered a major heart attack, and was forced to take an early retirement from the business. Jerry and his wife, Lynne, proceeded to buy the business from the Abramsons. (Some say Jerry was destined to own it, as he was born the same week that Madison Photo opened.) In the early summer of 1975, Jim succumbed to his final heart seizure, and passed away quickly and quietly.

Jerry, keeping the spirit of the business alive, continued to improve and build the store. In 1984, Jerry and his wife, Lynne, proceeded to buy the Summit location, updating and improving it. Rechristening it the Photo Summit, it was rejoined with Madison Photo after almost three decades.

In the summer of 1993, Madison Photo moved from its old location at 48 Main to its new expanded quarters just down the street at 40 Main. As part of the move, Madison Photo Shop ceased to exist, and Madison Pho­toPlus was born. The store is still owned by Jerry and Lynne, and is managed by Rob Brodo. It continues to serve as the photographic authority of Madison and the surrounding areas. Both stores stayed fully stocked with all the latest in digital, cameras, printing, lighting, frames, albums, tripods and handle repairs. Combined, the stores now have about 100 years experience and going strong, a claim not many businesses can make.

As the retail world changed in the 2010s, the stores had to adapt. Pre-owned and rental gear departments expanded and new products and services came to be. Almost every item in store could be ordered by phone - but our personal service never changed. By the late 2010s business conditions in Summit became unfavor­able, and Bret (Lynne's & Jerry's eldest son) engineered moving the Photo Summit to Madison, sharing 40 Main Street with Madison PhotoPlus, into one "superstore" of photography. - Fully stocked, yet still as local as ever.

During the pandemic, Madison PhotoPlus continued serving their customers by digitizing and archiving cus­tomers photos, movies, etc. With the work being done in house, curbside or computer transactions made it possible. The tradition continues... 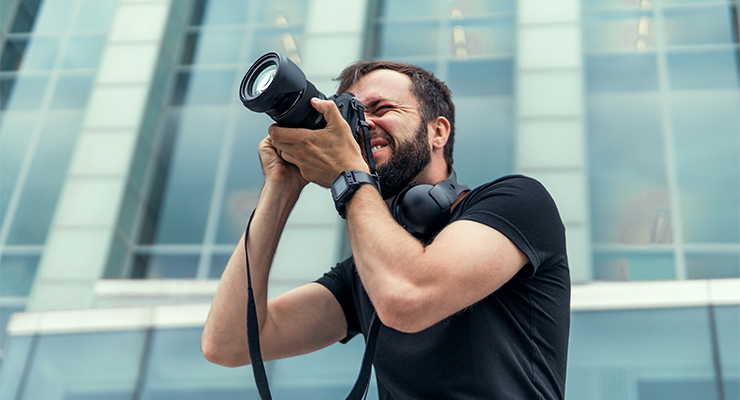